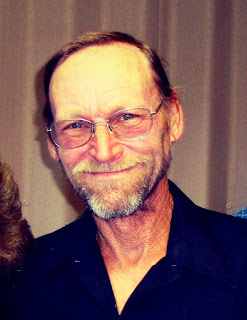 Phillip Dale Bragg, 59, of Fort Mohave, Arizona (formerly of Sullivan) died Sunday (May 22, 2016) in his home following an extended illness.
Memorial services will be conducted by the family at 1:00 p.m. Saturday June 18, 2016 at French Cemetery, Allenville. Memorials are suggested to the American Cancer Society at cancer.org/donate or to a charity of the donor’s choice. Reed Funeral Home, Sullivan is in charge of arrangements. Online condolences may be sent to the family at reedfuneralhome.net.
Phil was born August 15, 1956 in Sullivan, the son of Don C. and Mary J. Ethington Bragg. He was a 1974 graduate of Sullivan High School and worked in construction with various companies in Florida, Tennessee, and Arizona. He also worked for a time with a taxi service in Bullhead City, Arizona.
Surviving are his wife of over twenty-seven years, Shirley Lemke Bragg, sons Christopher Bragg  and his wife Terry of Bullhead City, Arizona and Timothy Bragg and his wife Heather of Charleston, a daughter, Rachel Reed and her husband Roger of Charleston, ten grandchildren: Samantha Bragg, Emily Bragg, Taysia Bragg, Mia Bragg, Aaron Bragg, Logan Bragg, Tevyn Bragg, Abel Reed, Chase Reed, and Gavin Reed, brothers, Jess Bragg and his wife Sheryl of Mattoon, Charles Bragg and his wife Rebecca of Sullivan, James Bragg and his wife Glenna of Marshall, Larry Bragg and his wife Donna of Shelbyville, David Bragg and his wife Ann of Kernersville, North Carolina, Ronald Bragg and his wife Linda, of Havre, Montana, Mark Bragg and his wife Becky of Mahomet; sisters, Ruth Bauer and Reva Martin and her husband Ron both of Sullivan and Debra Green and her husband Michael of Masonville, Colorado.

Phil was preceded in death by his parents, a brother, Robert Bragg and a sister, Bonnie Bragg.