After countless hours of study and testing, Nathan has attained full status as an Actuary and has officially gained membership as an Associate of the Society of Actuaries. Nathan graduated from Boston University with a degree in mathematics in December 2006. He worked as an actuarial associate at Watson Wyatt in Boston from February 2007 until June 2010. At that time he and his wife, Carissa, relocated to North Carolina where Nathan joined an actuarial firm associated with B B & T, a banking firm located in Greensboro.
Carissa graduated from Massachusetts Institute of Technology and worked as a research scientist for Percivia in Cambridge, MA prior to their relocation to Greensboro.
Needless to say, Ann and I are very proud of both Nathan and Carissa.
Posted by David Bragg at 6:27 PM No comments: 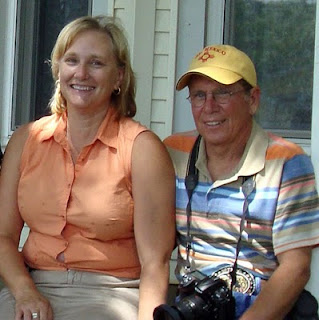 Posted by Bragg Family at 9:09 PM No comments:

Although his name may be unfamiliar today, in the world of automotive racing one of the first hero's of the sport was Caleb S. Bragg.

Born into a wealthy Cincinnati, OH family in 1888, Caleb Smith Bragg, the son of Cais C. Bragg and Eugenia Hofer Bragg [1], was just as comfortable in tailored suits as in a mechanic's suit. Perhaps he even felt most relaxed behind the wheel of a speeding racecar. His first official race took place in April 1910, as this Yale graduate took on the most famous driver of his day, Barney Oldfield, at the "Playa Del Ray, a perfectly round, steeply [2] banked 1-mile bowl near the beach in Los Angeles" [3]. This unknown underdog racer beat Oldfield twice in a row.

Caleb also raced in the very first Indianapolis 500, 1911, unfortunately, while his car was parked in the pit area another driver collided into him, ending his part in that historic event. But, Bragg was back in the mix as Savannah, finishing fourth. In 1912 he finished second in the Santa Monica road race, losing "to "terrible Teddy" Tetzlaff," and the next day he "won a 5-mile match race at Playa Del Ray, setting U.S. closed circuit records for 2, 3, 4, and 5 miles" [4].

When it came time to race again in Indianapolis, Caleb worked alongside "Terrible Teddy," relieving him after 220 miles. When Bragg pulled out of the pits in third place, but quickly took second but had to return to the pits with tire problems. That was all the rest Teddy needed, as he replaced Caleb and finished the race in second place.

The dangers of his chosen line of work were impressed upon him a few months later, when Caleb won the race but lost one of his closest friends, David Bruce-Brown, who was killed during the event. At the 1913 Indianapolis 500 Caleb was the fastest qualifier, but had to exit the race after only 120 laps with mechanical problems, repeating with a similar performance the following year.

Caleb Bragg served as the first president of the Yale Automobile Club, his alma mater. He sat behind the wheel at the starting line for a final time at the 1915 Vanderbilt Cup in San Francisco, turning his attention towards another hobby, the quickly emerging aviation industry [5]. On May 15, 1942, The Wings Club came into existence under the leadership if its first president, Caleb. S. Bragg. Meeting in New York City, the club was dedicated to discuss how to promote aviation [6].

A third area of interest for Caleb was speedboat racing, an area in which "he made his mark" [7]. While indulging in the lifestyle of "a wealthy "playboy" of the 1920s," Bragg "commissioned several top-ranking speedboats during" those years, competing in the Gold Cup races near Detroit, racing boats such as "Baby Bootlegger" to consistent first and second place finishes.

When Caleb Bragg passed away, at the age of 56, his obituary appeared in the New York Times noting him as a "Flier, Auto Racer - Pioneer in Automotive Field - Also Noted as an Inventor - And Speedboat Pilot" [8]. In addition, his obituary revealed the work he did as an "Army test pilot during the First World War." He is described as a "quiet, fearless man, he always was in search of new adventures and new mechanical or scientific problems." 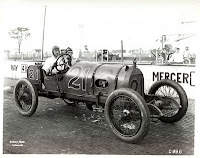 Among his accomplishments are: