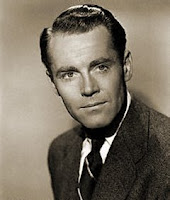 Even though he has been dead for nearly 28 years his face is easily recognized all around the world, and his life's work continues to entertain. Among the long list of his life's work include some of the greatest movies ever made, such as: The Tin Star; The Ox-Bow Incident; Mister Roberts; Yours, Mine and Ours; Fort Apache; 12 Angry Men; How the West Was Won; The Grapes of Wrath.

He is also fondly remembered for his limited, but powerful presence in the television western, The Deputy.

Born on May 16, 1905 in Grand Island, Nebraska, he was the son of William Brace Fonda and Elma Herberta Jaynes. William was a printer. Henry had early dreams of life as a journalist which lead him to the University of Minnesota, where he majored in journalism. He never completed his university studies, taking a job with a credit company before starting his acting career, at the urging of Marlon Brando's mother, in Omaha. Henry was 20 at the time. His acting career lead him to Cape Cod, MA, where he joined an acting troup called the University Players. This is where he met his first wife, Margaret Sullavan. After the end of their brief marriage, Fonda moved to New York where he roomed with Jimmy Stewart and worked on the Broadway stage.

His first Hollywood movie role came in 1935 with The Farmer Takes a Wife, and, with Fred MacMurray in The Trail of the Lonesome Pine. That 1936 film just happened to be the very first film shot outdoors in Technicolor.

Fonda's second wife, Frances Ford Seymour, became the mother of a daughter, Jane (1937), and son, Peter (1940). Both of the Fonda children made a considerable impact as actors. Then came WW II, and the popular actor was driven to answer the call for armed service. Fonda joined the Navy, saying, "I don't want to be in a fake war in a studio."[1]
After three years of active duty, Henry earned a Presidential Citation and was awarded the Bronze Star. After his wife committed suicide in 1950, Henry would be married to Susan Blanchard, stepdaughter of Oscar Hammerstein, in 1950, to Italian Countess Afdera Franchetti in 1957, and to Shirlee Mae Adams from 1965 until his death in 1982.

In addition, Henry Fonda received the American Film Institute's Life Achievement Award in 1978 and, in 1999, that same group named him the sixth Greatest Male Star of All Time.
His acting career continued after the war all the way to the early 1980's. In 1979 he appeared in Wanda Nevada with his son, Peter, and in 1981 with daughter Jane in On Golden Pond. The latter film was his last before the beloved actor passed away on August 12, 1982.

The relationship between our Bragg family and Henry Fonda can be traced backwards to our father's 10th great-grandparents, Edmund Sherman & Joan Makin, who also is the 8th great-grandparents of Henry Fonda. Below is a chart demonstrating the connection.
[1] http://en.wikipedia.org/wiki/Henry_Fonda
Posted by David Bragg at 1:49 PM No comments:

In the formative years of our great country, few families had a greater impact than the Beechers. Headed by Lyman Beecher [pictured to the right] (1775-1863), a sixth generation American, he presided over a large family that proudly followed his example of activism and education that helped to shape America in the nineteenth century.

Rev. Lyman Beecher effectively Beecher family who distinguished himself as a minister and educator, the family made major contributions. By the time he was fifty, Beecher was "one of the best known preachers in the country." [1] Educated at Yale University (1797), Beecher served as a Presbyterian minister in Long Island, New York (1799), Litchfield, Connecticut (1810), Boston, Massachusetts (1826), and Cincinnati, Ohio (1832). He was especially known for his strong sermons against the institution of slavery and the use of alcohol. During his tenure in Boston he was greatly embarrassed when the two-year-old meeting house caught fire and it was discovered that the fire started in a room rented by a local merchant who, without the knowledge church officials, used the room to store his inventory of whiskey, the subject of so many of his fiery sermons.

In addition to his ministry, Beecher devoted much of his life to enhancing America's educational system. When he made the decision to move "west" (i.e. Ohio), he explained his motivation to one of his daughters this way: "I have thought seriously of going over to Cincinnati, the London of the West, to spend the remnant of my days in the great conflict, and in consecrating all my children to God in that region who are willing to go. If we gain the West, all is safe; if we lose it, all is lost. (The Autobiography of Lyman Beecher, ed. Barbara M. Cross, vol.2, p.167 as quoted in Rugoff p.78)." [2] Beecher served as president of Lane Theological Seminary, in Cincinnati, Ohio, from 1832 until his retirement in 1850. Here he continued his crusade to stamp out slavery and dry up the whiskey, a mission his offspring eagerly continued after the elderly Beecher's retirement.

Lyman Beecher married twice. With his first wife, Roxanna Foote (1775-1816, they married in 1799), he nine children, and four more with his second wife, Harriet Porter (1790-1835; they married in 1817). Among his offspring many became influential in their own right. Catherine Beecher (1800-1878) started her own private school for young women, the Hartford Female Seminary, in Hartford, Connecticut, in "May 1823, and it remained an important institution for the education of women for more than sixty years." [3] When the family moved west she started another school, Western Female Institute in Cincinnati, and "was instrumental in the founding of women's colleges at Burlington, Iowa, Quincy, Illinois, and Milwaukee, Wisconsin." [4] Catherine is recognized today as one of the first promoters of women's education and health issues. 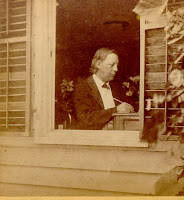 William Henry Beecher (1802-1889), Lyman and Roxanna's second child, served as a missionary and educator. So did the third child, Edward (1803-1895; ("the first president of Illinois College at Jacksonville," 1830 [5]), and the eighth Henry Ward Beecher [pictured to the left] (1813-1887; the most famous of the Beecher sons). Like his father, Henry Ward Beecher was an influential and outspoken advocate of the abolition cause. In many ways he followed in his father's footsteps, well educated and passionate in his preaching, Henry Ward Beecher was a prolific writer and a forceful voice against alcohol and slavery. He preached for large Presbyterian churches in Indianapolis, Indiana and Brooklyn, New York. He was one of the most famous preachers in America when, in the mid-1870s, he was caught up in a scandal over an alleged affair with the wife of one of the church’s influential members. Transcripts of the public trial were originally printed in the New York Times, and later published in book form. Acquitted of the charges, he continued to be a popular author, lecturer, and minister until his death. [6]
A year after the death of his first wife, Lyman Beecher married Harriet Porter (1790-1835). Of the four children born from this marriage, Isabella (1822-1907) took up the causes championed by her oldest half-sister Catherine as an educator and activist for women's issues. [7] Also, two of Lyman and Harriet's sons became missionaries and ministers (Thomas Kinnicut Beecher and James Chaplin Beecher). 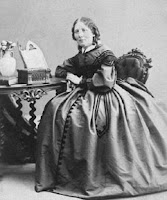 However, the most famous of Lyman and Roxanna Beecher's children was their seventh child, Harriet Elizabeth Beecher [pictured to the right] (1811-1896). In her early life she worked closely with her oldest sister, Catherine. In 1836 she married Calvin Ellis Stowe (1802-1886), a recent widower who taught under her father at Lane Theological Seminary. He encouraged his wife to write, and write she did. Her most poplar work was and anti-slavery work entitled Uncle Tom's Cabin (first printed in an anti-slavery newspaper, The National Era, from 1851 to 1852, printed in book form later). [8] The story, "to some extent based on true events and the life of Josiah Henson," [9] became an instant sensation among the Northern abolitionist, even creating a frenzy of "Tom-mania" with songs, plays, and stories based on Harriet's book. [10] Harriet Beecher Stowe's writings were now in demand not only in America but even across the ocean. "The book received international recognition as a plea for the moral cause of abolition and is recognized today as a landmark in the history of American culture as well as American literature." [11] Over the remaining years of her life Harriet wrote a book a year, nearly 30, until her death in 1896. [Note: if you would like to download a free audio book of "Uncle Tom's Cabin," click here]

When she met President Abraham Lincoln, the President greeted her with, "So you're the little woman who wrote the book that started this great war." [12] I think it was wonderful that her father lived to see her success in a cause so near to his heart. Unfortunately, her mother, Roxanna, did not. Harriet could have hardly known her mother who died of tuberculosis at age of 41 (Harriet was only four). Roxanna Foote Beecher was the granddaughter of Revolutionary War Gen. Andrew Ward V (1727-1799), and the 5th great-granddaughter of Andrew Ward I (1597-1659), the Governor of Connecticut. This same Andrew Ward I is also our 10th great-grandfather, making Harriet Beecher Stowe our 6th cousins 5 times removed. Here is the actual connection: