The following answer was given on the popular game show "Jeopardy" a few months ago. 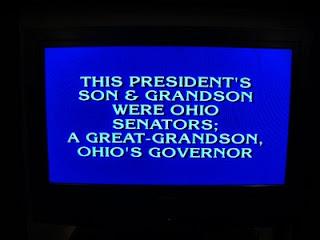 Can you identify the subject of the question? He was, by his own admission, [1] perhaps the most reluctant president in American history. The position he really was interested in was Supreme Court Chief Justice. In fact, when Theodore Roosevelt offered that position to this man, he was eager to accept it. His wife, however, wanted her husband to be President, and she got her way.

William Howard Taft, 27th U. S. President, is perhaps best known as the largest of all the American chief executives, at six feet two inches [2] and weighing in at 330 pounds. Due to his large girth, Taft had real struggles taking a bath, and on more than one occasion he became stuck in the White House bathtub and had be be physically extracted. Finally growing wearied of this humiliation, Taft had a larger tub installed into the White House. It was "seven feet long and nearly four feet wide, and could fit four more-normal-sized men." [3]

Taft was born on September 15, 1857 in Cincinnati, OH into a political family. His father,Alphonso Taft, served President U. S. Grant first as Secretary of War and then as Attorney General. William Howard Taft married Helen "Nellie" Herron and would go on to serve as Theodore Roosevelt's Secretary of War, where he played an important role in the construction of the Panama Canal.

He served only one term as president, 1909-1913. During his term as president two states joined the union, Arizona and New Mexico. [4] Taft also instituted the now traditional "seventh inning stretch." According to tradition, "Taft was attending a baseball game and stood up to stretch his legs during the 7th inning. Sinc 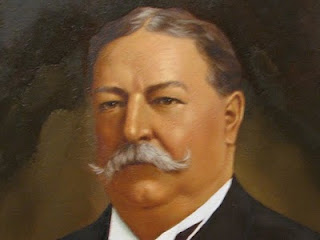 e the president stood up, so too did the crowd, creating the 7th inning stretch." [5] When he was nervous, Taft would munch on almonds, his favorite snack. "Taft was known to eat pounds of salted almonds in a sitting." [6]

Although he ran for a second term, his heart was not in it, and his chances were further injured by his friend, Theodore Roosevelt, who ran as a third party candidate. While his supporters may have grieved over his loss to Woodrow Wilson, no doubt Taft was relieved. Now he was free to pursue his real dream, which was realized when Warren G. Harding appointed him as Chief Justice of the Supreme Court, a position no other American president ever occupied. [7] He held this position from 1921 to 1930. [8]

President William Howard Taft died on March 8, 1930 in Washington, D.C., and his body was interred at Arlington National Cemetery (John F. Kennedy is the only other president laid to rest there). [14] As the following chart will illustrate, President Taft and our great-grandfather, Frank Martin Bragg, were 9th cousins (making our father and Pres. Taft 9th cousins 2 times removed).

When the final word is written on the entertainment industry in the 20th century, and the ultimate list of popular and talented actors, the subject of this post will most certainly grace one of that list's the top positions. 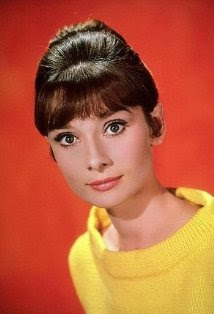 Audrey Kathleen Ruston was born on May 4, 1929 in Brussels, Belgium, the daughter of a prosperous English banker and a Dutch Baroness. Shortly after her birth, Audrey's father changed her name to Audrey Hepburn Kathleen Ruston, after finding the name "Hepburn" in his ancestry. She and her mother just happened to be on vacation in Holland when they were caught up in Hitler's invasion and occupation of that country. On the run, Audrey assumed the name of Edda Kathleen as they evaded the Nazi forces.
Those were difficult years for Audrey, but after WWII she became a model until spotted by a movie producer. That is when her career really took off with an amazing string of extremely popular movies - Roman Holiday (1953); Funny Face (1957); Breakfast at Tiffany's (1961); and My Fair Lady (1964). She won an Oscar (best actress) for her role in Roman Holiday, and was nominated for an Academy Award for her performances in Funny Face, Nun's Story, Wait Until Dark, and Breakfast at Tiffany's. She was named as People's magazine "50 most beautiful people in the world," Empire magazine's "The Top 100 Movie Stars of All Time," and, from 1988 to 1993 she was a special ambassador to the United Nations UNICEF fund.

Audrey Hepburn was married twice, made her final film in 1989 ( Always). She passed away on January 20, 1993 in Switzerland after battling colon cancer.

So, how is our family related to this amazing actress? To answer is to again take a journey back to royalty in the Old World. There we find that Audrey Hepburn and our father are 19th cousins 1 time removed. Here is the connection:

Rootsweb, Anybody and Everybody,
http://wc.rootsweb.ancestry.com/cgi-bin/igm.cgi?op=GET&db=okami&id=I13466

Posted by David Bragg at 8:21 PM No comments: