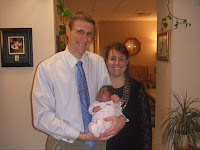 Congratulations to Chad and Koran on the newest addition to their family, Lochlyn Elizabeth Bragg, born on December 25, 2010. Both Chad and Koran are Chiropractic Doctors in Bethel Park, Pennsylvania, where they have operated Tranquility Specific Chiropractic since September 2001.
Congratulations are also in order for the Grandparents, Charles and Rebecca Bragg and Mr. and Mrs. Thomas Gurcak, Great-Grandparents Don and Mary Bragg, and Aunt Amber.
Posted by Bragg Family at 4:13 PM No comments: 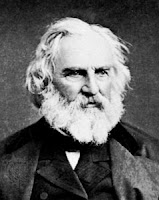 His name would rank high on nearly anyone's list of America's greatest poets. Henry Wadsworth Longfellow was born in Portland, Maine on February 27, 1807, the son of Stephen and Zilpah Wadsworth Longfellow. For Henry, formal education began at the very early age of three and quickly distinguished himself as a proficient student. Stephen's aspirations for his son to follow in his own footsteps by becoming a lawyer never came to fruition. Instead, upon his graduation from Bowdoin College Longfellow was employed by the college as a professor in modern languages, a position he filled after some time off for a European tour.

A few years later, in 1834, Longfellow accepted a position at Harvard, after yet another tour of Europe this time accompanied with his new bride (he married Mary Storer Potter in 1831). Sadly, the new Mrs. Longfellow did not survive the trip. Heartbroken, he returned to Cambridge, Massachusetts to begin his teaching duties at Harvard. It was here that he met his second wife, Frances Appleton. All this time he immersed himself into writing poetry. Among some of his most famous productions were "Song of Hiawatha," "The Courtship of Miles Standish."

In 1854 Henry resigned from the Harvard faculty to devote himself more fully to writing. Just a few years later, as the nation was just entering the horrors of civil war, Longfellow suffered the loss of his second wife (in 1861). Many honors came to Longfellow in his final years (he passed away on March 24, 1882). "Of all the suns of the New England morning," says Van Wyck Brooks, "he was the largest in his golden sweetness."

One of Nathan Hale's closest friends was a fellow Yale graduate, two years older than Hale, was William Hull (1753-1825). William was one of the last to plead with Nathan to reconsider his voluntary mission behind enemy lines, and also one of the last to marvel at his friend's patriotism and valor. Hull would also be recognized for his courage by George Washington and the Continental Congress.

William Hull would survive the Revolutionary War and, having passed the bar in 1775, practiced law in his wife's hometown of Newton,Massachusetts. He served as a judge and state senator until appointed as governor of Michigan Territory in 1805 by Pres. Thomas Jefferson.

Hull would again see military service during the War of 1812, serving as brigadier general. Through a series of miscommunication and missteps would surrender Fort Detroit on August 16, 1812. For this William faced a court-martial, receiving the death penalty for cowardice and neglect of duty, but then pardoned by Pres. James Madison (based on his past military valor).

Here is how we are related to General Hull:

This would make Dad General Hull's 5th cousins 6 times removed.
One other interesting connection should be noted. As the chart above illustrates, Major General William Hull's daughter, Julia Knox Hull (b.1799) was also the mother of Confederate General Joseph Wheeler (b.1836). Wheeler, a West Point graduate (class of 1859), resigned his commission in April 1861 to enter the Confederate Army as a First Lieutenant of Artillery. It was in this capacity that he served at the battle of Shiloh, commanding the Cavalry under General Braxton Bragg. Both Bragg and Wheeler would work together in Kentucky (prior to Wheeler's promotion to Major General, CSA in January 1863), the Battle of Chickamauga, September 18-20, 1863, and Lookout Mountain. Wheeler slowly retreated before Union General William Techumseh Sherman as he "marched to the sea."

During the Civil War Wheeler was wounded three times and had sixteen horses shot from under him, earning him the name "Fightin' Joe" Wheeler. After the war he moved to New Orleans, and then returned to his beloved Alabama. After the Civil War Wheeler served in the United States Congress and lead troops during the Spanish-American War in 1898. He is one of "only two former Confederate generals to be buried in Arlington" National Cemetery overlooking Washington, D.C. There, Wheeler is buried alongside his oldest son, Joseph Wheeler, Jr., [3] who also enjoyed an honorable military career both as in instructor at West Point and in domestic and foreign service (including service under his father in the Spanish-American War). The younger Wheeler received the Silver Star with Oak Leaf cluster (for gallantry). 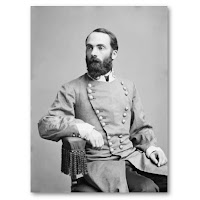 [1] THE FIRST MEDICAL TRANSACTIONS IN AMERICA