You never know what you will find out when you start digging into genealogy records. Every family will a few "skeletons in the closet," so what can you do? You can't change the past, so you just have to take "the good, bad, and ugly" and accept it. That being said, here's a family connection that is guaranteed to "make your day." 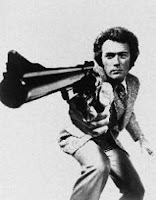 Clinton Eastwood, Jr. was born on May 31, 1930 in San Francisco, CA to Clinton Eastwood, Sr. and Margaret Ruth Runner. Clint worked as a lifeguard after graduating from High School and prior to serving in the military during the Korean conflict, where he served as a boot camp swimming instructor, a position he shagged when his plane crashed into the Pacific. Eastwood swam three miles to reach the shore. He moved to Los Angeles after his military service where he got a job digging swimming pools. Two of his army friends, David Janssen and Martin Milner, encouraged Clint to get into acting, and he started taking small acting jobs. He landed a conract with Universal Studios in 1954, but then was cut because they thought his adam's apple was too big (also fired by the same director, on the same day, was a little known stunt man named Burt Reynolds). 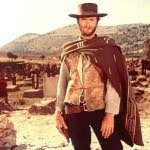 One day Eastwood was visiting a friend on the CBS lot when a movie executive spotted him and thought, "He looks like a cowboy!" He was asked to try out for the role of Rowdy Yates on the popular TV show "Rawhide," and the rest is history. He really hit the big time in movies with A Fistful of Dollars (1964); For a Few Dollars More (1965); and The Good, the Bad and the Ugly (1966). The 1970's brought Eastwood into another movie franchise with Dirty Harry (1971) and its popular sequels. Everybody has they favorite Eastwood movies. My personal favorites are The First Traveling Saleslady (1956, co-starred with James Arness), Hang 'Em High (1968), Coogan's Bluff (1968), Two Mules for Sister Sara (1970), Space Cowboys (2000), and Million Dollar Baby (2004). And who couldn't love Every Which Way But Loose (1978) with Clyde the orangutan?

Clint Eastwood is one of the greatest actors of all time, a wonderful director, and has served as mayor of Carmel-by-the-Sea, CA. His awards and honors are far more than can be detailed here.

So what is the family connection? Well, it depends. There are well over 60 different ways the relationship could be established reaching as high as 24th cousins. But the closest relationships are traced through the Hull family (Clint Eastwood's 6th great-grandmother was Sarah Hull). Sarah was the third cousin of our 7th great-grandfather Nathanial Hull.

The eighth day of August is a special day in our national, and even our world's history. Consider just a few of the reasons why this is true ... 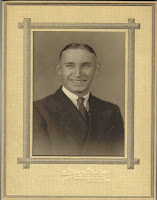 August the eight has also seen the birth of some people who would eventually make their mark, especially on the entertainment industry ... 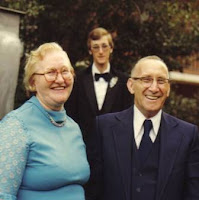 Don Cicero Bragg was born in Bruce, IL on August 8, 1920. Named in honor of his maternal grandfather, Cicero Gilbreath, he was the second child of Orval Bishop and Gladys Gilbreath Bragg. He, like so many of his ancestors before him, grew up a farmer. But there is so much more of him.

He is a hero, a patriot, serving our country in its time of greatest need in the 20th century in the Philippines and later in Japan, during World War II. Following his military service he returned to the states and began his family. Over the years he was a selfless provider for those he loved. He never sought special recognition, and, sadly, so few times was extended it.

Over the years he worked the good earth, was employed as a mechanic, sometimes a truck driver. Yet, he would take time to fish and play ball with us. My earliest memories of church are of joining he and Bonnie on warm Sunday mornings outside the Bruce Church, the family station wagon's rear facing the open door of the meeting house, and Bonnie on blankets in the back singing along with the hymns.

As I've grown older I've come to recognize Dad as a man of great courage. I was probably around eleven years old on my very first foray out of the Land of Lincoln. While it took somewhat of a caravan to carry it off, he led us across the Indiana border to Turkey Run. It was a wonderful trip.

Times have changed so much with the passing of time. Today, while our children live so far away from us, with modern technology we are still able to keep in touch quite easily. But it can still not compare with the "good old days" where family lived nearby and we could witness first-hand his care for his own parents.

When it came to the modern conveniences we have grown use to today, we knew nothing of in our day to day lives. No indoor bathroom facilities, air conditioning, or cable TV, and, and yes, even in those primitive conditions we had joy and love as we grew up. Dad's laughter filled our home.

Dad is a great example of what it means to love. Married 64 years, 13 children, life has brought many ups and downs. It is especially in the "down" times that his love always rose to the occasion. He and Mom led in offering the daily support Bonnie needed. While doctors gave her only five years to live, Mom and Dad gave her a real, meaningful life that brought immeasurable joy to our family. At the passing of both Bob and Bonnie, Mom and Dad provided strength to us all.

Since this blog was established I have presented some interesting family connections of people who obviously had no real knowledge of our family's existence. As much as I enjoyed watching Larry Bird play with the Boston Celtics, Henry Fonda's performance in The Ox-Bow Incident, or even watching James Arness' portrayal of Marshal Matt Dillon (and even have a personally autographed picture of him), I'm under no delusion that he knows us. To us, the biggest star of them all was born on August 8, 1920, and he is our Dad.

Dad, thank you for all that you have done and continue to do. We love you more than words can express. I hope this video will say what is in our hearts.
Posted by Bragg Family at 12:07 PM No comments:

NOTE: I wanted to comment on the previous Did You Know entry, number 27. Upon further reflection I was somewhat struck by the fact that I was really excited about the link to James Arness and Peter Graves, it never really hit me to think it of interest to see a clear link with English royalty. Sometimes, even if by accident, we do have a way of getting our priorities right. Curiosity got the best of me about who these people were that I'd passed over without giving them a thought. 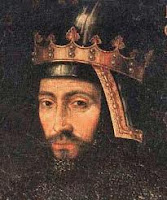 John of Gaunt1 (20th great grandfather) was born in AD 1340 to King Edward III of England and Queen Philippa in Ghent, Belgium (hence his moniker, "Gaunt"). In 1342 he became Earl of Richmond, a knight in 1355, and first married to his cousin Blanche (the daughter of Duke of Lancaster) in 1359 leading to his becoming.the Earl of Lancaster in 1361, and Duke of Lancaster in 1362. He, along with his brother Edward the Black Prince, waged war with France leading the English forces in 1370. While engaged in this war his wife, Blanche, died and John remarried the daughter of Pedro the Cruel, Constance. This marriage empowered John to seize the title of king of Castile and Leon. Now that he had the title, he just needed a kingdom. After 16 years of fruitless pursuit he returned to England where the demands of the national government awaited.

Turmoil enveloped John as he did battle with Parliament, defended the religious leader John Wycliffe, saw his nephew crowned King Richard II, and while guarding the border of Scotland his palace was burned in the peasant's revolt in June 1381. With his attention directed to Scotland, and then France, John was building a tradition of military failure. In the arts he sh 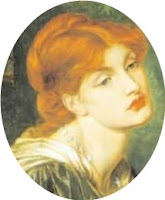 owed great taste, becoming the patron of Geoffrey Chaucer, whose work Boke of the Duchesse was a lament for John's first wife, Blanche.

John married a third time (following the death of Constance in 1394, taking Catherine Swynford2 (20th great grandmother) as his bride. She was the daughter of Sir Payne de Roet. With a reputation of great beauty, Catherine had been raised in a convent after the death of her parents early in her life. When she was 16 she was called back to the royal court where she became the wife of Sir Hugh Swynford.

Catherine is the ancestor of at least 5 Ameican presidents, Queen Elizabeth II, and Princess Dianna. It was following his death that she married John of Gaunt. Prior to their marriage the couple had already become the parents. Their extra-marital children bore the name Beaufort, who following John and Catherine's marriage were given a legitimate status. John died on February 3, 1399. His remains rest in St. Paul's Cathedral, London, England. His wife, Catherine (or Katherine de Roet) outlived John by only four years.

King Edward III (also known as Edward Plantagenet), the father of John of Gaunt, is our 21st great grandfather. He was born in 1312 at Windsor, Berkshire, England to King Edward II and Isabella of France. King Edward III reigned as King of England for fifty years (1327-77). He was made Earl of Chester in 1320, and Duke of Aquitaine in 1325. Edward spent much of the late 1320's in France with his uncle Charles IV.

Edward was crowned King in 1327, although his mother, and her lover Roger Mortimer actually reigned in his name. He was married to Philippa, the daughter of the Count of Hainaut, the next year. In 1330 he set into motion a plan that resulted in the arrest and execution of Mortimer, and taking his rightful place as monarch of England. Following the death of Scotland's Robert the Bruce, Edward took advantage of the new king's youthfulness and invaded Scotland in 1332. He fought with France in what has come to be known as the Hundred Years' War. Another blow to England during his reign was the plague, or Black Death.

While over his long reign Edward's "main ambition was military glory, he was not a bad ruler of England. He was liberal, kindly, good-tempered and easy of access."3 King Edward III died of a stroke on June 21, 1377 in Surrey, England. His body was interred in London's Westminster Abbey.

Posted by Bragg Family at 8:08 PM No comments: