This is a followup of a post from November 4, 2011. That post examined the long search to overcome a dead-end in our Bragg family tree. In that post (http://thebraggfamily.blogspot.com/2011/11/for-petes-sake-review.html) you can read how we were able to deepen our family tree by a number of generations (to Dad's fourth great-grandfather John Galbreath, who was born in Ireland and died on August 18, 1800).

Cicero Gilbreath was Dad's Grandfather (Grandma Bragg's father). Cicero's father died in Indiana when Cicero was a boy. After moving to central Illinois Cicero's mother (Grandma Bragg's grandmother, Eleanor or Ellen Hale Gilbreath) remarried. Things did not go well with Cicero and his step-father which led to Cicero striking out on his own at a fairly young age. The table below will trace the generations under consideration: 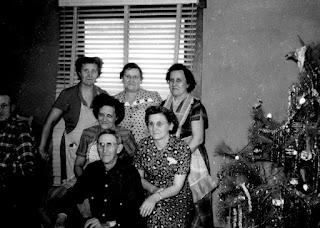 Dad never knew his maternal great-grandmother, Cicero's mother. She died on August 8, 1919 while Dad was born on the very same day the next year (August 8, 1920). I learned that she was buried at French Cemetery. After a couple of attempts I was finally successful in finding her grave. She is buried on the first row of graves not far from where the old church building stood, which makes me think she was among the first people to be buried there. The weather-beaten marker is inscribed 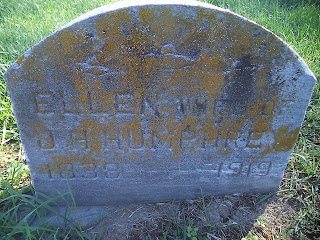 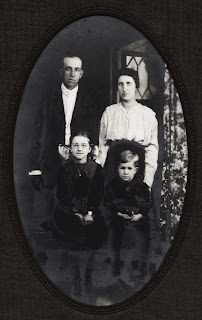 Posted by Bragg Family at 6:01 PM No comments: